Posted on March 23, 2015 Categories: Health Risks No comments yet 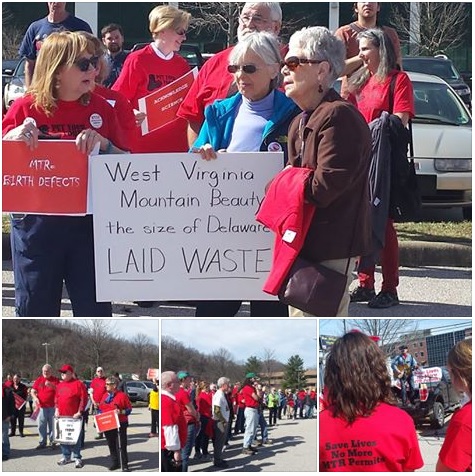 Putting Their Foot Down: Hundreds Rally at WVDEP
Several hundred people gathered in Charleston, WV on Monday, March 16th for the Peopleâ€™s Foot rally at the West Virginia Department of Environmental Protection. The event was hosted by a coalition of West Virginia groups demanding an end to mountaintop removal and working to highlight the devastating effects of mountaintop removal on the health of local residents. MTR and health issues.

In an exciting update, the day after the Peopleâ€™s FootÂ rally, state officials agreed to examine the science on the links between MTR and health issues. According toÂ this Charleston Gazette article,Â Bureau for Public Health Commissioner Dr. Rahul Gupta said, â€œThe analysis is something that is needed going forward. The bottom line here is to let science speak for itself. Itâ€™s time that we attempt to do that.â€

Another powerful example of People Power in Appalachia!